WAYS TO HAVE OPEN CONVERSATION ABOUT MEN’S HEALTH

How to Normalise Conversation for Men’s Health.

Generally, most of us are not as open to talk about men’s health as compared to women’s health. Isn’t it strange? To make it worse, data released by the World Health Organisation (WHO) found that a total of 800,000 cases were reported in 2016, and 75% of them involved men.

As such, in line with Movember, a global event that happens yearly, which involves growing moustaches in November to raise awareness about testicular cancer, prostate cancer and men’s suicide, we present you three ways you can have conversation about men’s health without feeling any awkwardness.

For generations our society view men as this strong figure that should not show any signs of weaknesses. But it’s high time we step out of this mindset and offer support and help to men who display clear signs of struggle, especially when they’re suffering from cancer or other mental health issues.

If you have personally come across anyone who is suicidal or going through a low point in life, reach out to him. Get him to understand that being masculine does not mean he needs to suppress his feelings. Let him know that as human, we go through a series of emotions, and it’s perfectly fine for him to share his feelings with another person. He can opt to ring up support groups as well as the national crisis hotline (0917-989-8727) launched by the Department of Health, as part of its mental health initiative to remind people that they’re not alone in this world. By doing so, he will not only feel like he has taken a slight burden out of his chest, but also have the mental health awareness to be more mindful of his feelings and ask for help when he feels down again.

If you don’t know this already, prostate or testicular cancer can badly impact a man’s sexual functions and quality of life. Given that we live in a society that associates masculinity with their capability of producing offspring, testicular cancer can snatch that opportunity in just a spilt second.

Thanks to Movember, the idea of “toxic masculinity” is slowly fading off due to their continuous campaigns and projects regarding this issue. Movember also advocates the act of growing a ‘stache for the month of November, a trend that you can also follow in support of men who are diagnosed with cancer or thinking of ending his life. Although not all men can grow a beard, or have a job that disallows them to do so, the concept itself brings attention to the cause, which allows people to eventually normalise conversations about men’s health and give affected men the opportunity to share their problems with others.

Getting men who are diagnosed with prostate or testicular cancer to talk about their illness can be quite a difficult task. In such a situation, laughter or other different approach can be taken to encourage them to have a conversation.

For instance, when talking about prostate cancer, use words that refer to common items like brinjal, banana or surfboard. It will not only put a smile on their face while conversing, it can also make them open up and share their personal feelings about their “private areas” more comfortably.

While the concept of “toxic masculinity” fails to cease just yet, movements like Movember and your personal initiatives to break this stigma will eventually be paid off. This would also get people to be more open to talk about men’s health, allowing affected men to gain the support they need to fight the devils in their lives. Hold your head high as you’re making a positive change! 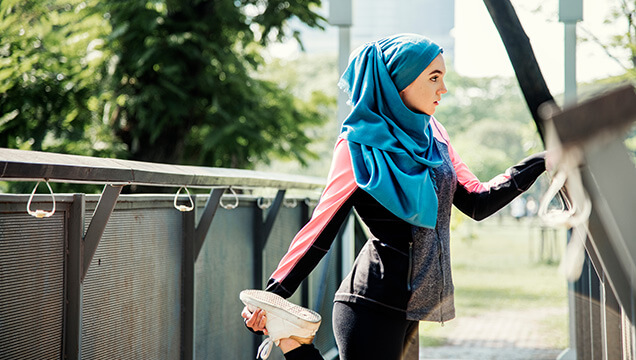 5 Ways to Prepare Your Body for Ramadan

The firs tip you can probably guess: you will have to prepare your body to consume less food. But there’s more. 5 ways to cope with returning to the gym post-lockdown

It’s normal to feel anxious about returning to the gym after such a long time away. Let us help you ease your way back. Putting yourself first: You’ll never guess what happens next